Ensuring you have a what you want

Bringing a wealth of knowledge

The Shire of Noosa is a local government area about 130 kilometres (81 mi) north of Brisbane in the Sunshine Coast district of South East Queensland, Australia. The shire covers an area of 870 square kilometres (335.9 sq mi). It existed as a local government entity from 1910 until 2008, when it was amalgamated with the Shire of Maroochy and City of Caloundra to form the Sunshine Coast Region. The shire was re-established on 1 January 2014. 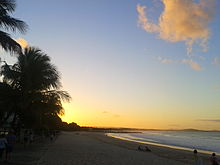 The Noosa Hinterland was formed during the Oligocene era around 25-30 million years ago when volcanic activity created the ranges. By the beginning of the Neolithic era, Noosa’s coast experienced a change in sea level rises when its beaches and waterways began to take shape.

The Noosa area was originally home to several Aboriginal groups. They primarily include the Undumbi tribe to the south, the Dulingbara to the north, and the Kabi Kabi (or Gabbi Gabbi) to the west.

In 2003, the Federal Court of Australia determined (title claim QC2013/003) that the native title holders for the Noosa area are the Kabi Kabi First Nation.

Although much of the culture and presence of the traditional owners of the Noosa district has been lost during the short period of white settlement, there still exist many subtle reminders. They include:

It is widely accepted that the name Noosa comes from the local Aboriginal word “Noothera” or “Gnuthuru”, in the Kabi Kabi language, for shadow or shady place. An 1870 map of Noosa shows the Noosa River written as Nusa River. This has led to an unfounded belief that the word Nusa is derived from the Indonesian word for island.

A Keeping Place of indigenous cultural and sacred objects is maintained at the Noosa Shire Museum, Pomona.

Although reports of the area can be traced back to Captain Cook’s voyages in May 1770, European settlement in the region did not proceed until almost a century later. The difficulty of transport in the region, which persisted to the 1920s and beyond, was one major reason for that. European settlement was initially driven by timber logging, and then by a gold rush in the Gympie area, north of Noosa.

In 1871, the Government laid out a port at Tewantin. The surrounding land was duly surveyed and, by 1877, contained two hotels, a boarding house, school, police station and telegraph office. In 1872, the Noosa Heads and coastal region south to Peregian Beach was set aside as an Aboriginal Mission, but that was cancelled in 1878, and land was opened for selection on 15 January 1879. With the construction of the North Coast Railway inland from Tewantin, the port declined in importance after 1890.

Noosa is a region, not a town. It contains beaches and a beach national park, the cleanest river in South-East Queensland and an extensive trail network inland, linking a number of lifestyle villages, including Cooroy and Pomona. In the last 50 years, Noosa has been transformed from an isolated fishing village to a tourist destination. Although that has had its costs, the shire is known for its generally greener approach to development. Most development in Noosa has been restrained. There are no high-rise buildings, due both to local community pressure and to council planning action, and much remaining native forest. 34.8% of the Noosa district consists of National Parks, Conservation Parks, State Forests, and other generally protected land.

One of the reasons for the popularity of Noosa Heads is that it is one of the few north-facing beaches on Australia’s east coast, hence Noosa Beach is relatively protected from the prevailing on-shore wind and from storms.

The area was originally incorporated on 11 November 1879, under the Divisional Boards Act 1879, as part of the Widgee Divisional Board. Noosa was created as a separate shire in 1910, under the Local Authorities Act 1902, with an initial population of 2,000. The first elections were held on 22 April 1910 and resulted in James Duke becoming the first shire chairman. The Noosa Shire Hall was constructed in Pomona in 1911.

On 8 September 1917, an Honour Roll was unveiled at the Noosa Shire Hall in Pomona, to commemorate those from the district who had left Australia to serve in the armed forces during World War I.

In the early 1970s, with Queensland Government backing, development commenced in the area around Noosa Sound. In December 1980, the shire headquarters moved to Pelican Street, Tewantin. The former shire hall in Pomona became the Noosa Museum, operated by the Cooroora Historical Society.

In 1982, the Noosa community elected a young and energetic pro-environment and pro-planning council. The councillors who were most influential in that change were elected in a group called The Resident’s Team. They laid the foundation for many of the planning and environmental-protection concepts for which Noosa is now well known. The 1982-1985 Noosa Council was the first to introduce the idea of a development/population cap, the concept of strategic planning, a focus on community arts, and the use of design and landscape controls in development applications, and it produced drafts of many of the first development control plans for each of the Noosa townships. The business lobby, supported by several local media personalities, were successful in replacing that council with a pro-development one in the 1985 election, but the pro-development council was, in turn, largely removed by the Noosa community in 1988, at the next election.

Following the 1988 election of Noosa’s first green mayor, Noel Playford, who was a member of the 1982-1985 Residents Team, Noosa’s first formal strategic plan was gazetted, and in 1990, the height of developments was limited to four storeys. In 1993, a major council and community complex covering 9 hectares (22.2 acres) opened at Wallace Park, Noosaville.

In 1995, mayor Noel Playford controversially announced a “population cap” of 56,500 people for Noosa Shire, based on the initial concepts developed during the 1982-1985 Council term. The population cap was the expected population under the planning scheme if all available land was developed in accordance with it. Noosa council had performed the calculation for all land in the shire and provided the results in strategic planning documents. Noosa was the first council in Australia to do so.

On 15 March 2008, under the Local Government (Reform Implementation) Act 2007, passed by the Parliament of Queensland in August 2007, the Shire of Noosa was merged with the Shire of Maroochy and the City of Caloundra to form the Sunshine Coast Region. Noosa’s mayor, Bob Abbot, won the mayoralty of the new council over Maroochy’s Joe Natoli, with 70% of the combined vote. The amalgamation occurred despite a 2007 referendum in Noosa Shire, conducted by the Australian Electoral Commission, in which 95% of voters rejected amalgamation.

The Shire of Noosa was re-established on 1 January 2014, and the new councillors and mayor were sworn in the next day. In attendance were Warren Truss, Deputy Prime Minister of Australia and member for Wide Bay, as well as David Gibson, Member for Gympie. The ceremony was followed by the first meeting of the council, held at the Cooroy Memorial Hall, Cooroy.