Reliable and cost effective at all aircon repairs

Yandina /jænˈdiːnə/ is a town and locality in the Sunshine Coast Region, in the Australian state of Queensland.

Yandina is in the Sunshine Coast hinterland. The Bruce Highway runs through the locality from south to north, passing just east of the town. Its name comes from ‘yan’, meaning “to go”, and ‘dinna’, meaning “feet”. 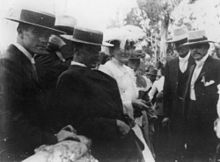 Aboriginal people have lived in the Yandina district for over 40,000 years. They belonged to the Gubbi Gubbi language group, which consisted of a number of tribes occupying traditional resource areas. Around Yandina the Undandi tribal area was east of the present day railway line while the Nalbo area was west of the line. Legends, bora rings, pathways, grinding grooves, scarred trees and middens provide evidence of occupancy.

European settlement began in the 1850s and the town of Yandina was surveyed in 1870. It was the first town in the Maroochy district. Many of the original buildings and the heritage streetscape of Stevens Street have been preserved. The Anglican church, built initially as a community church and opened in 1880, is the oldest on the Sunshine Coast. It is part of the Anglican Diocese of Brisbane. The Yandina hotel dates back to 1889 and was relocated using rollers and a bullock team in 1891 when the railway came through town. In the same year, the post office was moved to the new railway station. Privately owned Koongalba homestead is on the National Heritage List and is one of several historic homes in town. Yandina was originally planned to be the centre of the shire but as the local sugar mill was built in Nambour, more and more people who worked there moved closer.

The early timber getters logged beech, cedar, bunya pine and flooded gum. The timber industry remained important until the 1970s when a shortage of timber forced the closure on the Yandina mill. The fertile land around Yandina has been used for beef and dairy cattle, fruit growing, sugar cane and ginger. Its current claim to fame is in being a ginger town. It is the home to the Buderim Ginger Factory.